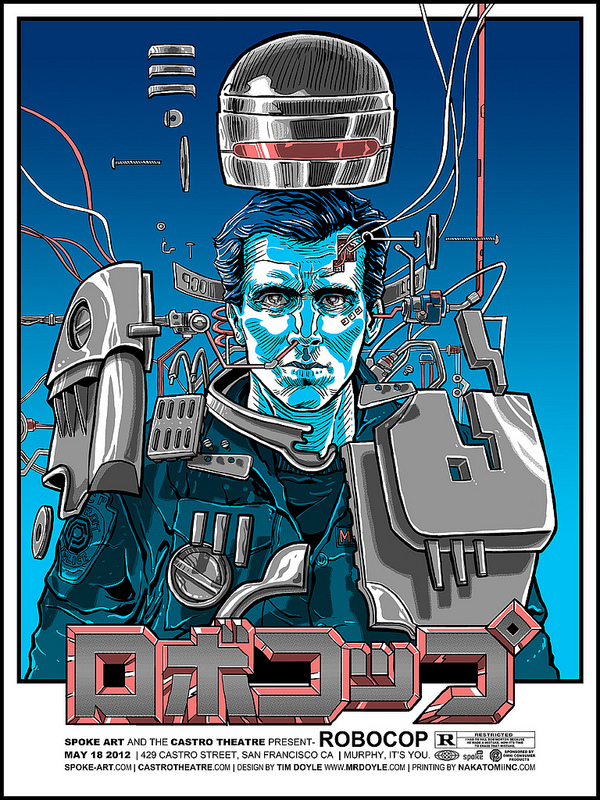 I was asked to participate in SpokeArt’s ongoing poster series produced in association with the Castro Theater in San Francisco.

This Friday, the Castro Theater is screening what is undoubtedly one of my favorite films, Robocop, and I jumped at the chance to do this print!  I saw Robocop when it was in theaters originally in 1987, when I was a mere 10 years old, and I’d say this film completely MELTED MY BRAIN.  It was funny, extremely violent, and a parody of American culture from top to bottom. It appealed to my then-emerging subversive side, and damn if stuff didn’t blow up REAL GOOD.

Read more after the break-

When I was approaching this poster, I wanted to play against expectations. I rarely give the audience what they ‘want’- I want to give the audience what I want to give them, and convince them that I was right all along. I definitely miss on some, but hey- I’m at least entertaining myself over here. I think too often when talking (and drawing) about the film Robocop, people miss the point that it’s all about Murphy’s journey of identity.  He’s fighting back literally from death, and trying to discover not only who he was, but who he’s going to be in the present-  Is he product or person?

There’s a theme in this film that I’ve bumped into time and time again in my life, and it has informed my choices in just about everything I do- are you your own man, or are you your job? Murphy’s Frankenstein existence is designed from head to toe to be a Cop who acts on his pre-programmed directives, but who he is comes through regardless- much to the disappointment of his employer/manufacturer. And that’s what I wanted to depict here, the man coming through the machine.

I was heavily influenced by the work of Barry Windsor-Smith while doing this print- mainly his work on Iron Man issue #233 and the Machine Man mini-series from the 80’s.  His depiction of machinery and flesh coming together left a big impression on me as a child. 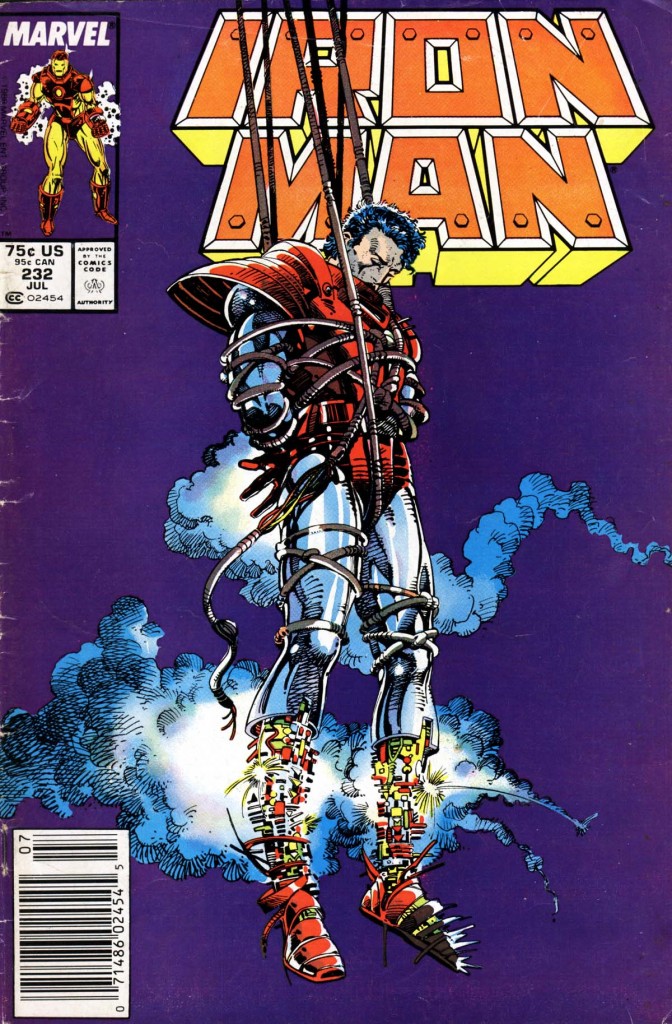 JUST LOOK AT IT!

Iron Man #232, incidentally was the first issue I received in a mail-subscription I had back then in 1988. It’s a weird, wonderful psychological story- not at all what you’d expect from Marvel in the 80’s.  Do yourself a favor and read it, okay? Okay. 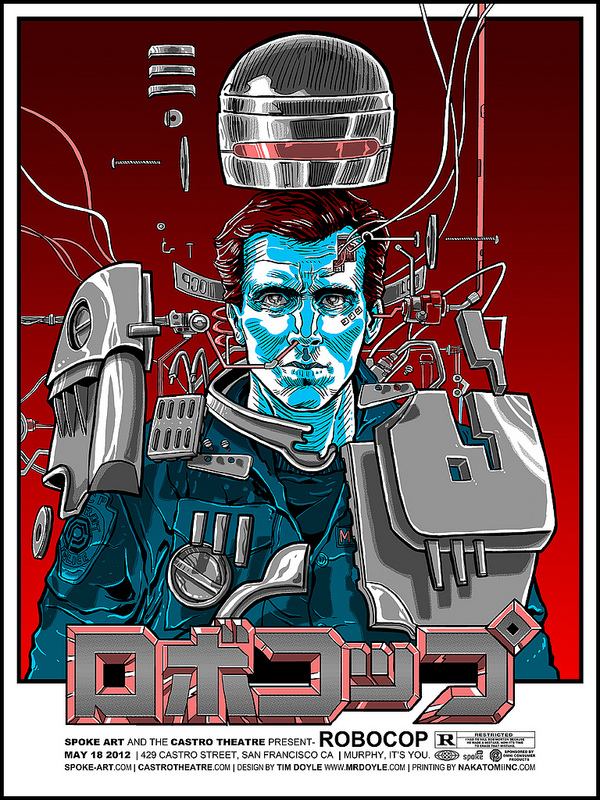 This print measures 18×24, and is signed and numbered by me.  Both prints feature metallic silver ink, and a split fountain in the background. The variant (red background) is printed on Metallic Curious Brand ‘Ice Silver’ Pearlescent paper.  SpokeArt should have the prints available at the screening on Friday, and on their site the following Monday!