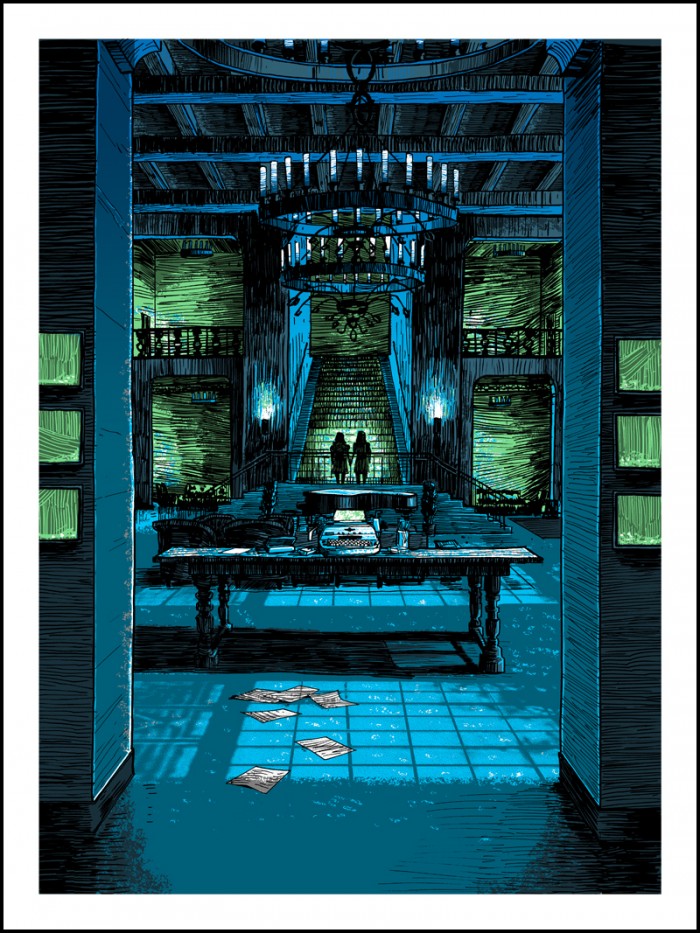 This SATURDAY SpokeArt will be hosting the next in their series of DIRECTOR gallery shows, this time celebrating the work of Stanley Kubrick!

For the show, Tim Doyle has created his first UnReal Estate print inspired by a movie, and the first time showing an Interior location. This 18×24 hand-pulled silkscreen print is signed and numbered by the artist in an edition of 150. (note, 50 will be held back for next year’s UnReal Estate 4 show)

This print is titled ‘The Death of the Author”–

More after the jump!

“The Shining is a movie that has grown with me over the years. Each time I come back to it, it reveals more and more of itself- showing deeper meanings and mysteries through repeated viewings. But the film has remained the same- it’s my understanding that has evolved. This is where the concept of ‘Death of the Author’ comes in. After watching the documentary about the Shining, Room 237, while preparing to draw this piece- I was amazed that a movie this old still has room for so much interpretation. The unseen speakers in the documentary were actually revealing more about themselves then shedding new light on The Shining, really. Their own baggage, be it wild conspiracy theories or a fascination with the genocide of Native Americans, colored their interpretations of the film. While discussing this with one of my printers, they told me there was already a term for this- the concept of “Death of the Author.” (You can tell which one of us actually has a degree…) At some point, it no longer matters what the Author’s intention of a piece is- it’s what each individual reader or viewer brings to the table that ends up crafting the final experience. The brilliance of The Shining film is that for such a rich experience, all these interpretations are valid- it’s still a vast, open canvas that you can write your own ideas upon. Combine this with the fact that The Shining is a story about someone going mad while trying to write a story…well- “The Death of the Author” was too rich NOT to use as a title. I’m really pleased with how this one turned out, and I think it’ll represent a new direction for future UnReal Estate prints.”

The reception is This Saturday, and the prints will be on sale online shortly afterwards! The first 50 purchases of the print online will include this 4×6 Azizi Johari giclee hand-bill- 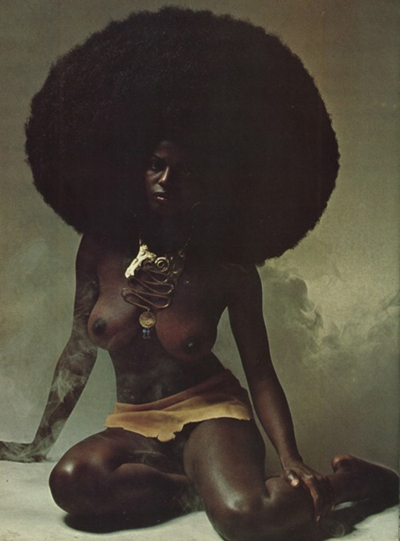 Stay tuned to the Nakatomi TWITTER account, and we’ll let you know when the print goes on sale!

Barring that, keep your eyes on the SPOKEART site!